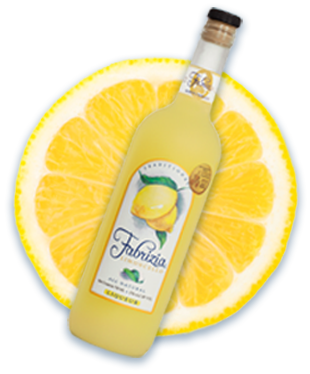 My childhood was very similar to that of most second generation Italian Americans. I spoke a few common Italian words, ate the homemade sausages and soppresata prepared by my grandparents, and was taught at an early age the importance of family. Aside from these brief glimpses into the Italian culture, my upbringing was mostly American. I thought very little of "the old country," the traditions I took for granted, and the fact that I had an extended family living across the Atlantic.

That all changed in 2003 when at the age of 20, I accompanied my great-aunt on a trip to Italy. Our destination was Platania, the small hill-top town in Calabria where 3 of my 4 grandparents were born and raised. Little did I know that this week long trip would subtly, yet steadily, change the course of my life.

Upon arriving at the train station near Platania, we were met by my cousin Felice, who served as our ambassador for the duration of the trip. Each day we were escorted from one family member's home to the next, stopping at each to enjoy all of the wonderful food that had been prepared. If we happened to catch someone off guard, only moments would pass before the table was full of home-cured meats, cheeses, and wine. The surreal setting for all of this was on an imposing hill with views of olive groves, vineyards, and the Mediterranean Sea. Many of the faces of my extended family reminded me of the older aunts, uncles, and grandparents who resided with me at home in Boston. Questions such as "Why did these family members stay?", and "Why did my grandfather leave?" prompted me for the first time in my life to profoundly appreciate the sacrifices they made so our family could have a better life. 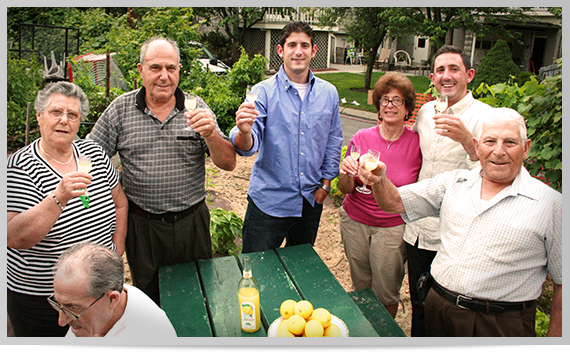 During our stay, we visited places such as the cemetery, where my grandfather and great-uncle helped my great-grand father build the tomb where he and my great-grandmother lay resting. Never in my life had I thought to even ask where they were buried (Italy or America), nor did I know that the tomb was built so beautifully by my own relatives. These types of events occurred throughout the week, and triggered my desire to learn everything about my family’s history and traditions in Italy, so they could be forwarded onto future generations.

Over the course of the next few years that followed, I began asking my grandparents more questions about “the old country” and the way life used to be. Instead of being the benefactor of the homemade wine and meats being produced by my relatives, I joined in and began making my own. I began to take serious the study of the Italian language, now with a sense of purpose.

The initial trip with Zia Rosina “Aunt Rose” was the first of many to Platania. While visiting family during the summer of 2007, my cousin Angelina placed on the table a bottle of Limoncello made with lemons from her own property. It was delicious! Inspired by her to create my own Limoncello; upon returning from the trip I began doing so for fun, with the first batch ready just in time for the holiday season.

While the homemade Limoncello was a real hit within the family; the idea of starting the business came about in a rather unconventional way. It was a Friday night after a long week of work. Upon returning home I found my Uncle Joe sitting in the kitchen visiting my parents. Knowing he was a fan of the Limoncello I took some out and poured him a glass. After taking a sip he looked up and said word for word “You know, this is what you should be doing…..this is the best Limoncello I’ve ever had”. At first I shrugged the idea off thinking it wouldn’t be possible. However by the next morning the idea planted had grown, and I was seriously considering trying to make a great tasting Limoncello, created by hand in the traditional style, right here in America. From that day on we worked to do so.

The company was created 99% on weekends and late at night, and would not have been possible without the support of friends and family. My brother Nick Mastroianni deserves a special acknowledgement for overseeing production. At Fabrizia Limoncello the pride we place into the production of each bottle is a testament to the hard work our ancestors taught us to appreciate.

To conclude; they say “you don’t know where it is you’re going until you know where you came from”. In my case, it wasn’t just that I didn’t know where I was going until I visited Platania, but also that I could make a good Limoncello! Thanks so much for visiting the website and taking the time to hear our story.